We've gathered amazing beers from the ten Edinburgh craft breweries. We then put together mixed boxes of 12 or 24 cans from those breweries. Or, you can select from 6+ beers individually. 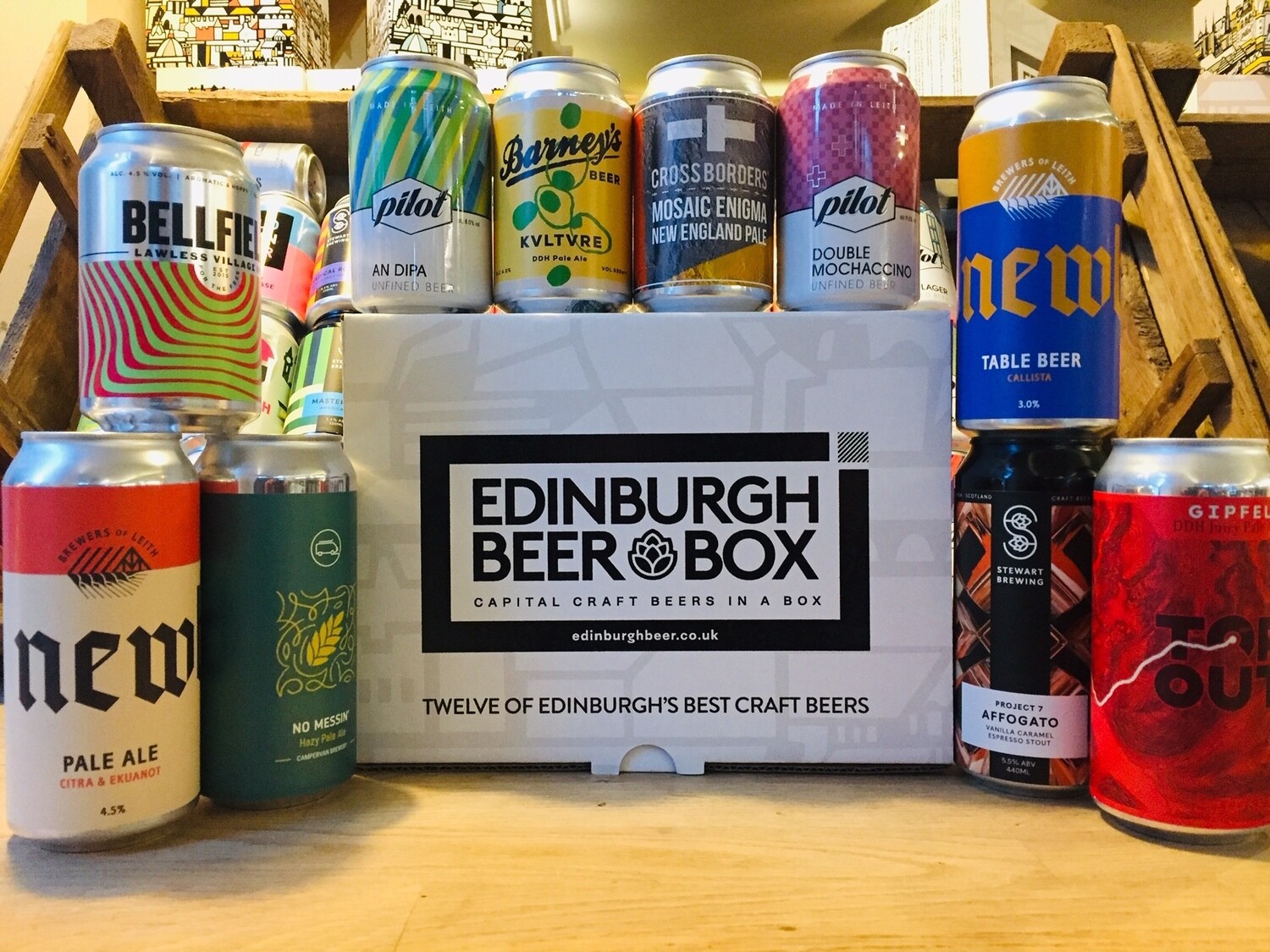 We've assembled ten of the best (well our favourites) Edinburgh Craft Beers of 2020 and will ship them to you in time for Hogmanay. Order but midday Tues 30th for delivery on 31st.

Pilot AN DIPA 8% (330ml): The bigger, stronger and all-round big brother of Pilot's classic AN IPA.

Newbarns Table Beer Callista 3% (440ml). New boys (and girls) to the Edinburgh Brewing scene in 2020 their Table Beers set the bar pretty high for a Edinburgh sessionable beer. This edition is no exception.

Barney's Kvltvre DDH Pale 4%. Brewed under lockdown conditions with what he had to hand Barney produced this delicious juicy and citrusy pale aided with Citra, Mosiac and Motueka.

Cross Borders Mosaic Enigma New England Pale (4.3%) 330ml: Truth-be-told, Cross Borders Citra Ekuanot New England is better but then they went and won an award for it and sold out. So we've opted for this Mosaic version which is still a delightful beverage.

Stewart's Brewing Affogato (5.5%) Vanilla, Caramel Espresso Stout 440ml: In the hands of a mere-mortal these ingredients are almost certain to be a car-crash. Stewart's head brewery Craig Scotland has however weaved some magic to produce a supremely well balanced beer.