Support Edinburgh craft breweries and raise funds for local charities with a mixed box of cans.

We've gathered amazing beers from eight fantastic Edinburgh craft breweries. We then put together mixed boxes of 12 or 24 cans from those breweries. Or, you can select from 6+ beers individually.

Your beer box can be shipped anywhere in the UK – shipping is FREE for any order over £40. 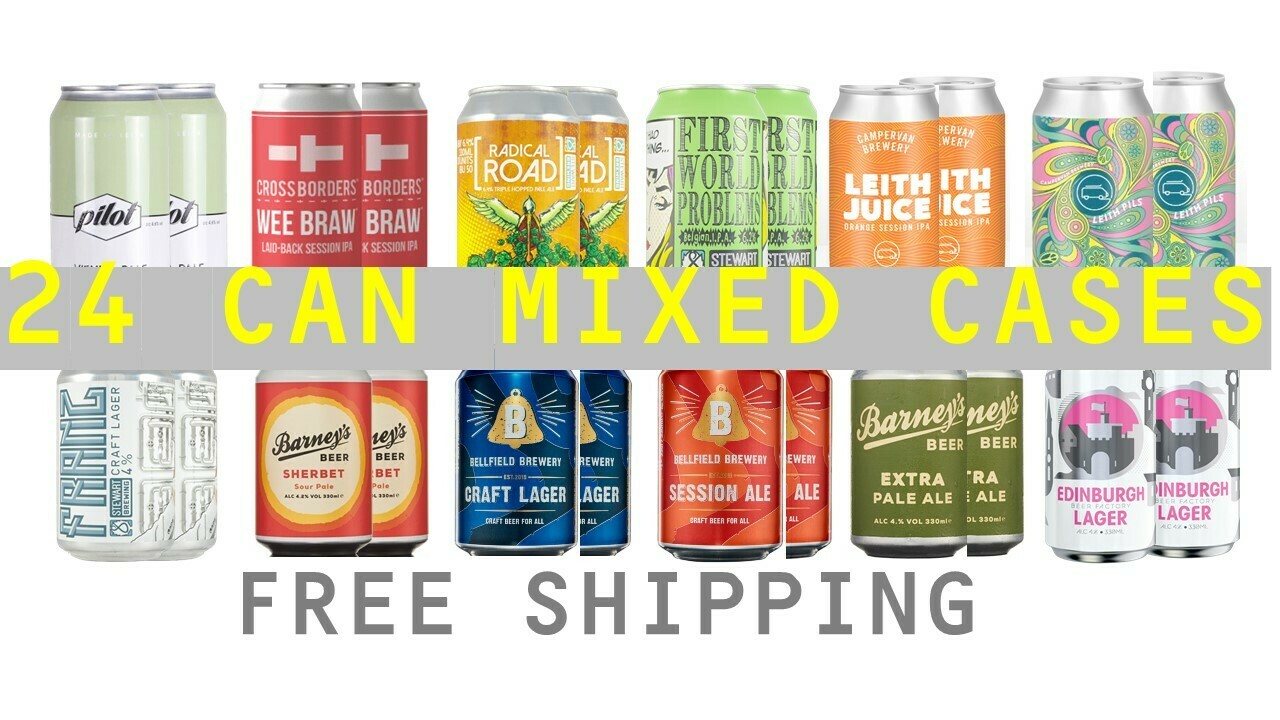 Twenty four Cans of Capital-Craft for £2.49 per can including FREE Shipping.

ALL YOUR BEERS ORDERED HERE ARE PAID TO THE BREWERIES IMMEDIATELY SO THEY ARE NOT LEFT WAITING FOR PAYMENT.

2 x Lager 4%
Full flavoured and brewed in the Vienna style, this will challenge your perception of a 4% lager. Fragrant hops come to the fore against a full malt base in this distinctive session lager.

Described variously as a, modern cloudy pale ale or a fresh and zesty NEIPA. Take your pick, either way it's lovely.

2 x Vienna Pale 4.6%
Based on a Vienna lager style, a crisp, clean and refreshing pale ale with the Saaz and Cascade hops. (out of stock)

2 x Franz Bohemian Lager 4%
A lager but bolder and more bohemian than most.